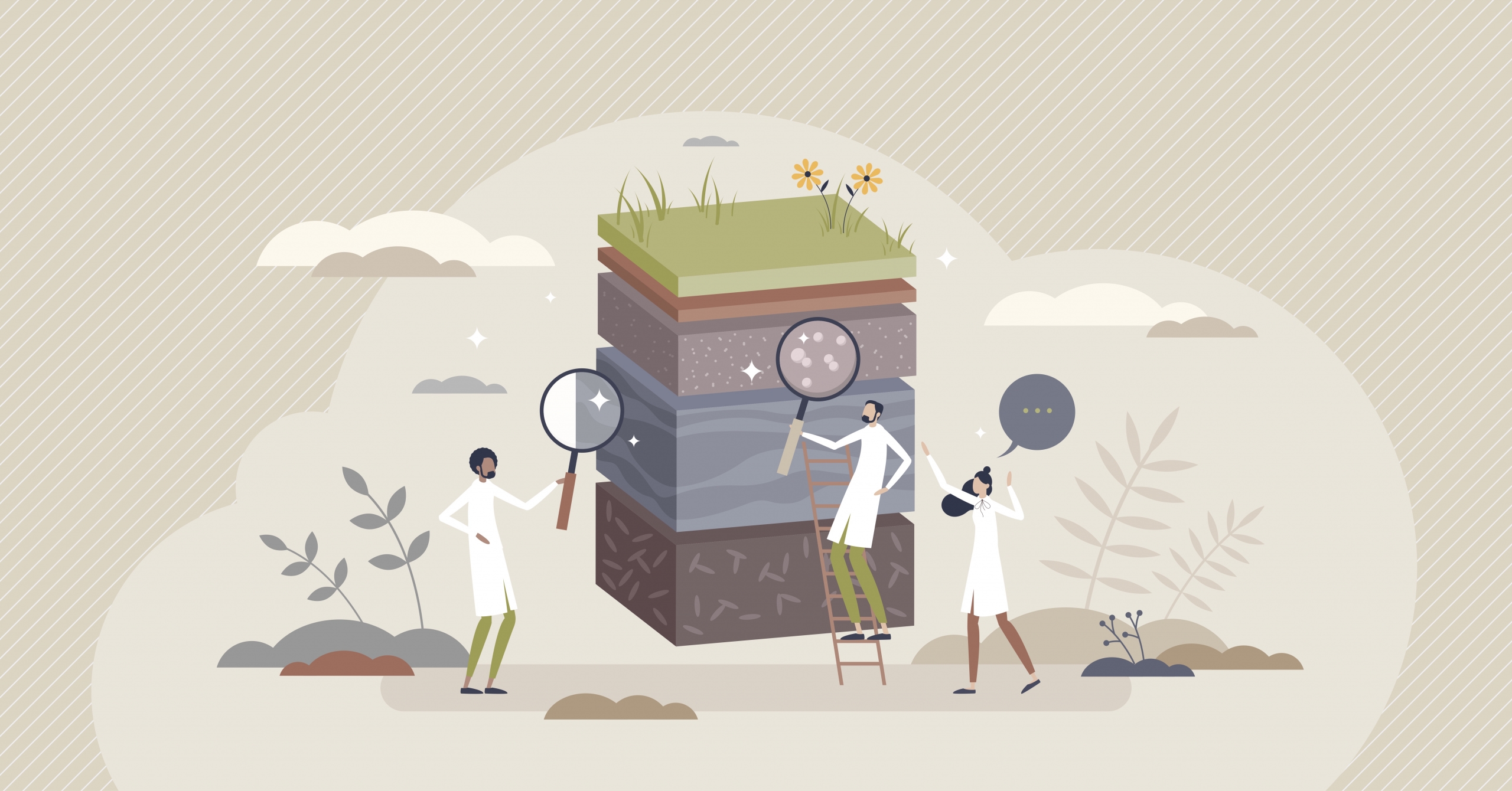 EU Green Week is organised every year by the Directorate-General for Environment of the European Commission and is a key event in the environmental policy calendar.

Our soil is a resource, it is also a carbon sink. The way we treat it today will be there to see tomorrow. Fertiliser and pesticide use have a big impact on the health of our soil, and on the world’s ability to feed generations to come. While they are necessary for plant health and resistance to disease, fertilisers and pesticides can leach nutrients and harmful chemicals into the soil and waterways that can stay there for decades. (Fellow Horizon 2020 project Walnut covers the topic of nutrient imbalances/recovery in an editorial.)

SUSFERT and BIOSCHAMP projects joined forces for this VELTHA event to discuss their contributions in developing alternative, biobased agricultural products, including sustainable solutions for European agriculture.

Both projects use bio-stimulants and microbes in the development and validation of their products, amongst other renewable raw materials and components, which aim to adhere to the multiple goals of the EU Green Deal objectives and the circular economy.

Some of the current, major challenges to soil health and the EU Soil Strategy were discussed, including:

Reducing nutrient losses by at least 50% and chemical pesticides by 50%;

Developing biodegradable polymers and coating agents of fertilisers so that soil pollution is reduced;

The viability and obstacles of the planned products on SUSFERT and BIOSCHAMP.

SUSFERT aims to reduce dependence on European Union imports of phosphate rock which is energy intensive. Phosphate (P) has been named a critical raw material by the EU, highlighting the risks associated with external supply sources of P. Finding new sources of P from waste streams and improving plant absorption of P is part of the SUSFERT project.

BIOSCHAMP meanwhile aims to find alternative sources of casings for mushroom cultivation using bio-stimulants that will alleviate the use of peat for this sector, while reducing dependence on pesticides. Peatlands are considered as ecologically sensitive for plants, wildlife and other eco-systems and for their ability to store CO2 to combat climate change.

SUSFERT Co-ordinator and Senior Scientist from the Center of Health & Bioresources at the Austrian Institute of Technology, Dr Günter Brader, presented the project saying that the main goal was to reduce P entry into the soil, providing more P from renewable resources, like struvite, that is obtained from the pipes of recycled waste water. Using micro-organisms to improve the uptake of minerals in fertilisers is part of Brader’s field of research which is focused on microbe interactions and the exploitation of bacterial resources.

The loss of P needs to be reduced, he said. He explained that the problem with P is that it binds to the soil’s particles making it difficult for the plant to take-up the mineral, but with the use of bio-stimulants and micro-organisms P absorption is fostered. Find out more on how this is done from SUSFERT partner ABiTEP.

“From the greenhouse trials and from the field trials, we can say, yes, the probiotics are helping quite substantially to provide phosphate for the plants to grow,” Brader said. He added that two additional growing seasons needed to be validated to fully quantify these results.

Humans responsible for most nitrogen entry into the soil

When examining the EU soil strategy and the challenges associated with it, Brader said there were multiple complexities. He explained that the world needed to retain certain levels of agricultural production to feed its population, which meant adding nitrogen and phosphorus to crops as fertiliser.

On the flip side of the soil exploitation story is its impact on the environment in that the minerals contained in the fertilisers stay in the eco-system. Once these minerals have been added to the soil, it becomes difficult to reverse any effects they have on the environment, although there are efforts to recover these nutrients in the circular economy framework.

Brader said that humans were responsible for more more nitrogen entry into the soil through fertilisation than what has been created naturally. This was mainly due to fertiliser use. There are many challenges to the soil strategy because not all soils in Europe are made equal, and what is good for one soil is not necessarily good for another, he stated. The soils of the North vary enormously from the South.

Old style of using NPK fertiliser is not sustainable

“It is clear that the old style of using NPK is not going to work in a long-term sustainable way, so we need local solutions, and we need to put more intelligent solutions into practice,” he said.

He mentioned that precision agriculture could benefit farmers and the future health of European soils through better knowledge of what type of mineral is needed in a particular area, and for a particular crop. He said that we should be optimistic in knowing that many potential solutions and innovations in the field of soil science are creating better products. Of note, are the many biodegradable solutions that are currently on the market. These will continue to be used as younger generations of farmers become more aware.

“In a couple of years we will be able to introduce products, like siderophore, to enhance iron entry into soil,” he said, elaborating on a SUSFERT key exploitable result.

BIOSCHAMP was represented by their Lead Researcher and Innovation Manager at CTICH Mushroom Technological Research Center of La Rioja (ES), Jaime Carrasco, who said that while the project was not working directly with soil, it required soil inputs which traditionally come from peatlands. The mining of peat is unsustainable.

“Basically, we are just growing indoors and the casing layer that the industry uses is highly dependent on the destruction of peat (for mushroom cultivation)….we are degrading peatlands. Peatlands are sinks of carbon, you know, so removing this peat from peatlands has an impact on climate change and global warming,” Carrasco said.

Besides that, peatlands have considerable value for plant, animal and other ecosystems, he said, adding that for the mushroom sector, bio-stimulant casings showed promising potential to substitute peat.

Carrasco added that because mushrooms were grown indoors under hot conditions, basically like an incubation chamber, they are susceptible to “every biotic disorder” that one can imagine which means that the mushroom industry needs to use large amounts of pesticides. Using biostimulants in mushroom cultivation can reduce the use of pesticides he said.

In answering a question on the soil strategy aim of reaching a 50 per cent reduction in pesticides, outlined above as being a major challenge to the EU’s Soil Strategy, BIOSCHAMP Project Manager from Innovarum, Iñigo Rodilla, said that BIOSCHAMP estimated that it could reduce pesticides by up to 90 per cent. He added that with the use of biostimulant casing solutions, the project could also improve the cultivation efficiency of mushrooms through faster growth cycles. This would have an additional impact on the profitability within the mushroom sector.

Many interesting subjects were discussed between the four participants, also about how the future looks for product innovation within the projects.

Find out what EU projects are doing to create new solutions in sustainable agriculture.

If you missed the event, watch it HERE

VELTHA is an international not-for-profit association based in Tervuren, Belgium. According to its Website, the Policy Lab 2.0 was launched in June 2020 which included the launching of the Loops webinar series. The Loops 2.0 webinars provide a platform for regional officers and other stakeholders to share their stories and provide solutions to the challenges European regions face when implementing circular economy programmes. It’s all about turning good ideas into reality which is central to this year’s Green Week theme.