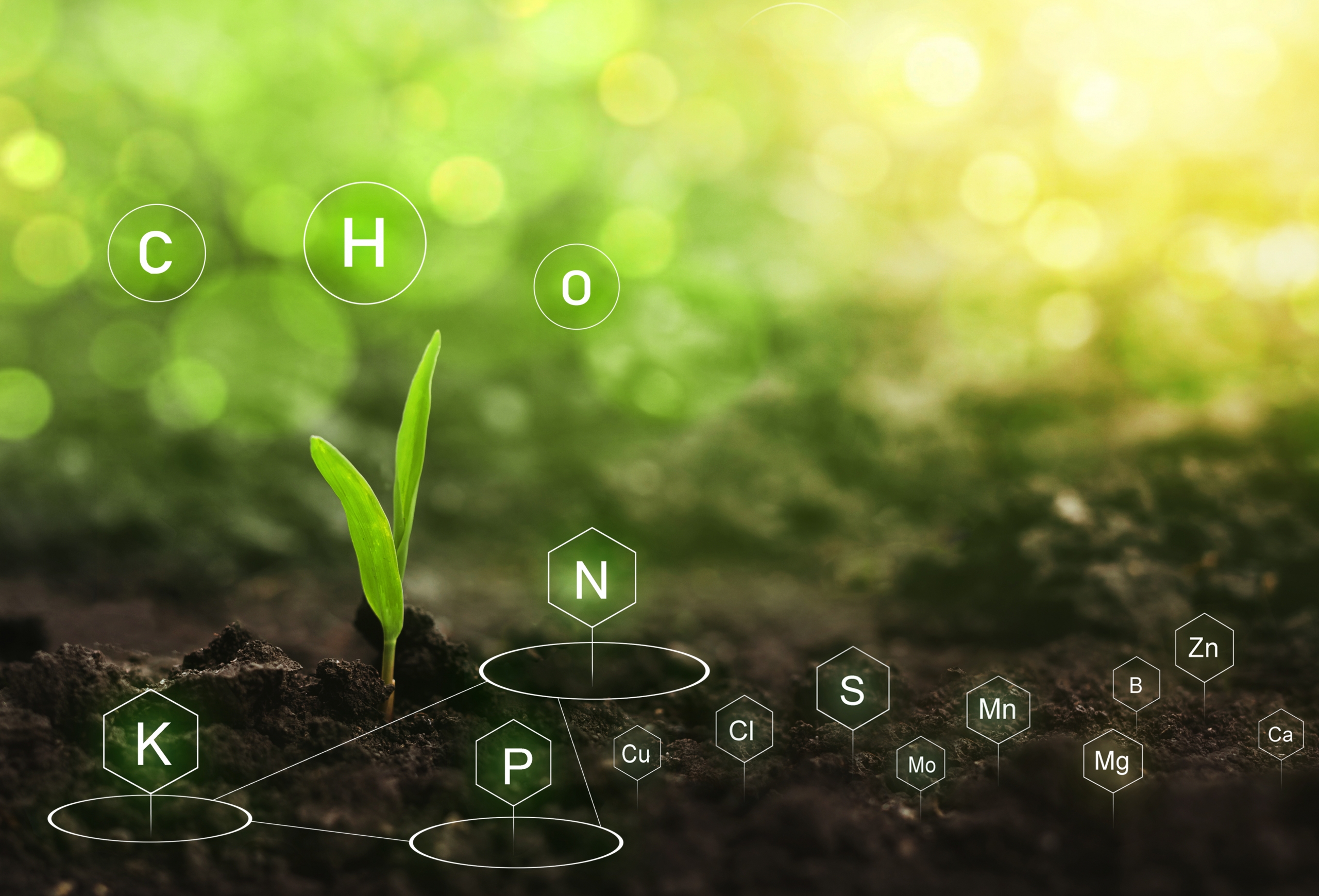 The energy instability caused by the Ukraine War has placed the three essential nutrients for fertilisers – nitrogen, phosphate and potassium – at all time price highs.

EU fertiliser producers struggle to remain competitive with US.

Ahead of the SUSFERT September newsletter release, due later in the month, fertiliser prices have risen nearly 30 per cent since the start of 2022 “following last year’s 80% surge,” the World Bank reported. The unreliability of Russian gas exports via the Nord Stream 1 pipeline have impacted gas supplies to Europe, driving up fertiliser production costs and supplies of chemicals and components needed for fertiliser production. High gas prices are critical for fertiliser producers, but have been challenging for farmers and the food chain.

The War in Ukraine and its effects have revealed the systemic, underlying risks and weaknesses in vital supply chains that are fundamentally unsustainable.

Fertiliser prices are adversely affected when gas prices rise which has caused the three essential nutrients for fertilisers – nitrogen, phosphate and potassium – to trade at all time price highs. Natural gas is the feedstock for the production of ammonia and urea that are essential to fertiliser manufacture – Fertilizers Europe explains how fertilisers are made. 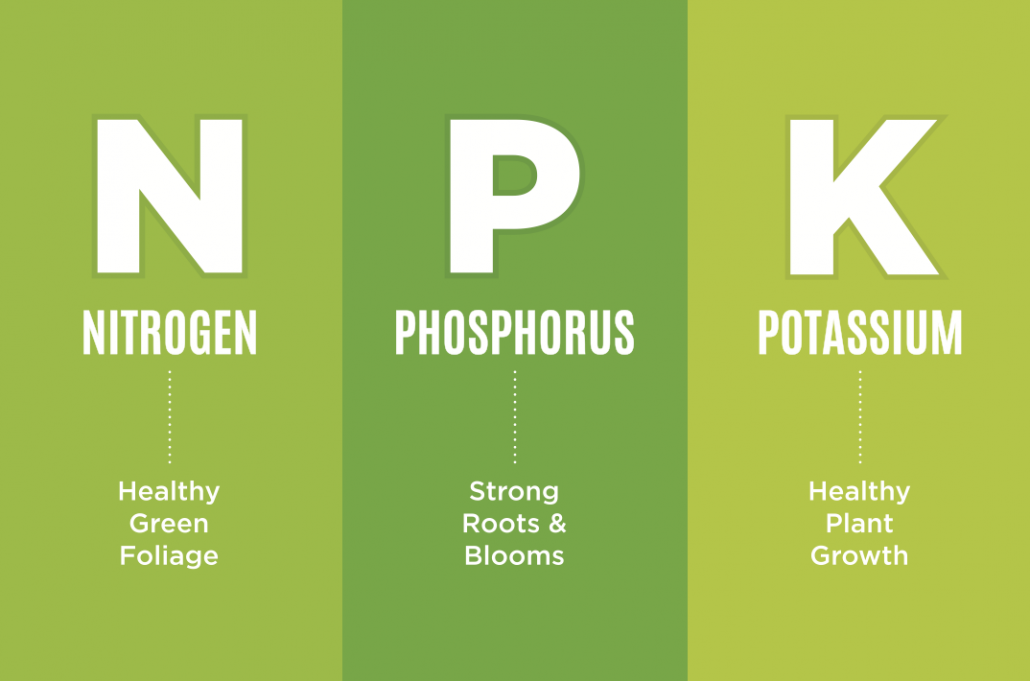 Nitrogen, phosphorus and potassium are the essential minerals that increase crop yields.

Europe’s fertiliser association Fertilizers Europe, representing 17 manufacturers, released a press release on 26 August, 2022 saying that the European fertiliser industry faced “an unprecedented crisis with gas prices soaring over 1000%* from levels a year ago”.

Fertilizers Europe said that “with the cost of gas 8-10 times higher in Europe than (in) the US”, European fertiliser producers were not able to remain competitive with their global counterparts. The association called for an urgent “EU-driven management action…to restore fertiliser production”.

The release continued that “with over 70% of European production capacity” at low levels, the scarcity of products could affect food production where shortages could be experienced. 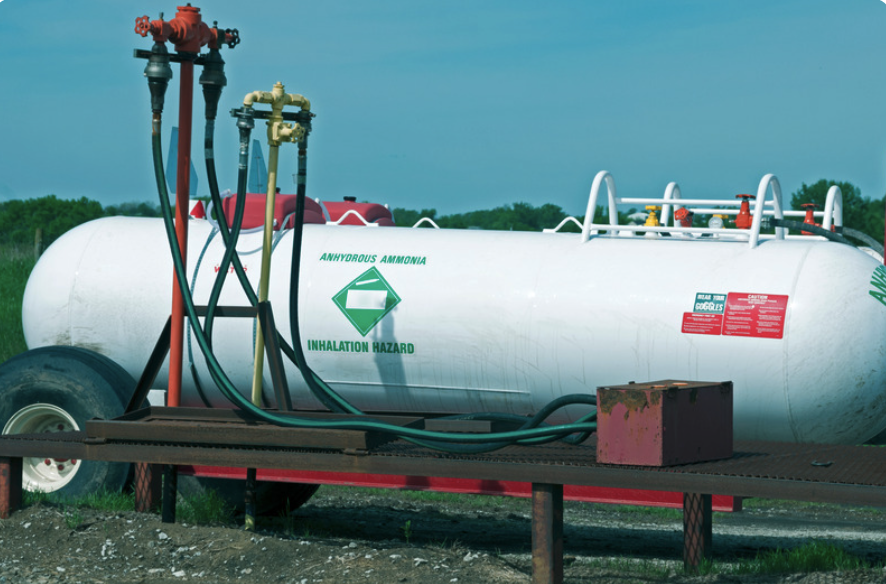 Nitrogen-based fertiliser is made by mixing nitrogen from the air and hydrogen from natural gas.

Do we need natural gas to make hydrogen for ammonia?

Ammonia is the key chemical that is necessary to produce all fertilisers. But how is ammonia made? Fertilisers Europe explains that to make nitrogen-based fertiliser, you have to mix “nitrogen from the air with hydrogen from natural gas at high temperature and pressure to create ammonia”. This is known as the Haber-Bosch process. It is during this process that high levels of natural gas is burnt which is energy-intensive.  The ammonia is then used to make nitric acid for fertiliser which is responsible for the greenhouse gas emission nitrous oxide. Ammonia is also used to make phosphate fertilisers, and nitrate is one of the key ingredients for potassium fertilisers.

Some of the world’s first plants that are due to produce hydrogen from renewable energy for green ammonia are currently underway, and scheduled for completion next year – see below. Green Ammonia could be a way to substitute natural methane gas-based nitrogen fertiliser production by converting gas powered ammonia plants to renewable power to obtain hydrogen that would be carbon neutral. Hydrogen needs renewable sun, wind and water-based systems to be produced.

Green hydrogen from renewables could provide the next leap towards tackling the big climate goals to produce green ammonia for many products, including fertilisers, plastics and pharmaceuticals.  While hydrogen technologies court their own share of controversy, they may facilitate reaching the goals of zero emissions says the World Economic Forum.

“Hydrogen emits only water when burned but creating it can be carbon intensive. Depending on production methods, hydrogen can be grey, blue or green – and sometimes even pink, yellow or turquoise. However, green hydrogen is the only type produced in a climate-neutral manner making it critical to reach net zero by 2050,” says the WEF article.

In even better news, in November, 2021 scientists at Australia’s Monash University claimed to have made a “critical breakthrough in green ammonia production” that could displace the dirty Haber-Bosch process of making ammonia, described above. More can be read in New Atlas and Science Daily.

The International Fertilizer Association which has 400 global members also provides its view on the multiple, sustainable routes that fertilisers can take towards zero emissions, citing carbon-free green ammonia as a way. 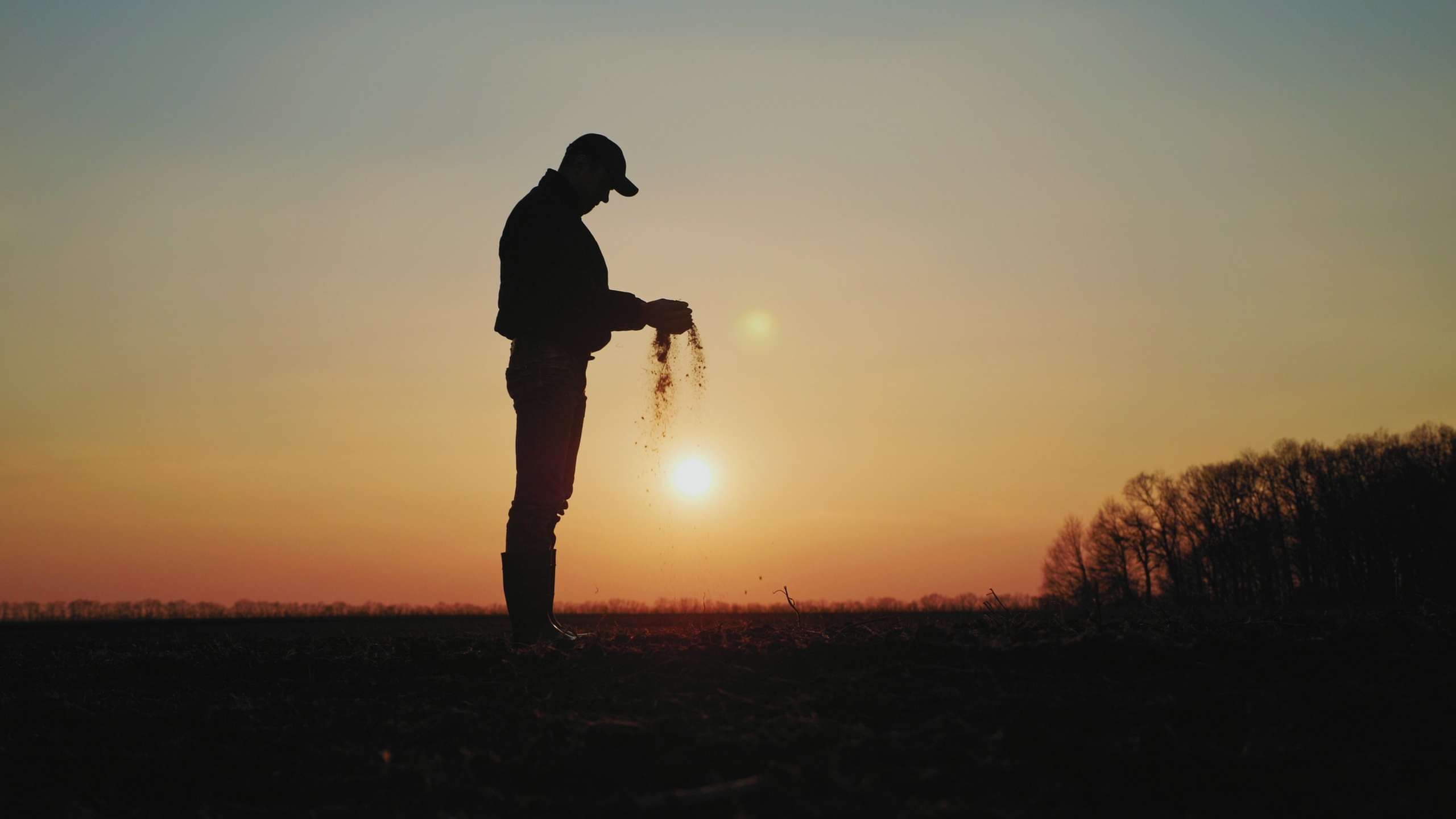 Green ammonia from renewable hydrogen will be used for “crop nutrition” programmes for sustainable agriculture.

In 2019, Norwegian chemical company Yara International ASA and the French utility company ENGIE signed an agreement to test green hydrogen in the Pilbara, Western Australia, to produce renewable ammonia. Backed by the Australian government and sheduled for completion in 2023, the Pilbara “facility will be one of the world’s first industrial-scale renewable hydrogen production operations” to produce green ammonia for “crop nutrition” programmes for sustainable agriculture, Yara announced at the time. Read the latest news HERE.

Closer to Europe, and part of the three key first movers in this category according to the Ammonia Energy Association, is Spain’s Iberdrola and Fertiberia which also committed to a green ammonia plant, that was also communicated in Chemical Engineering News. The other partnership is Germany’s NEOM/ENOWA, with the remaining plant being in Australia. 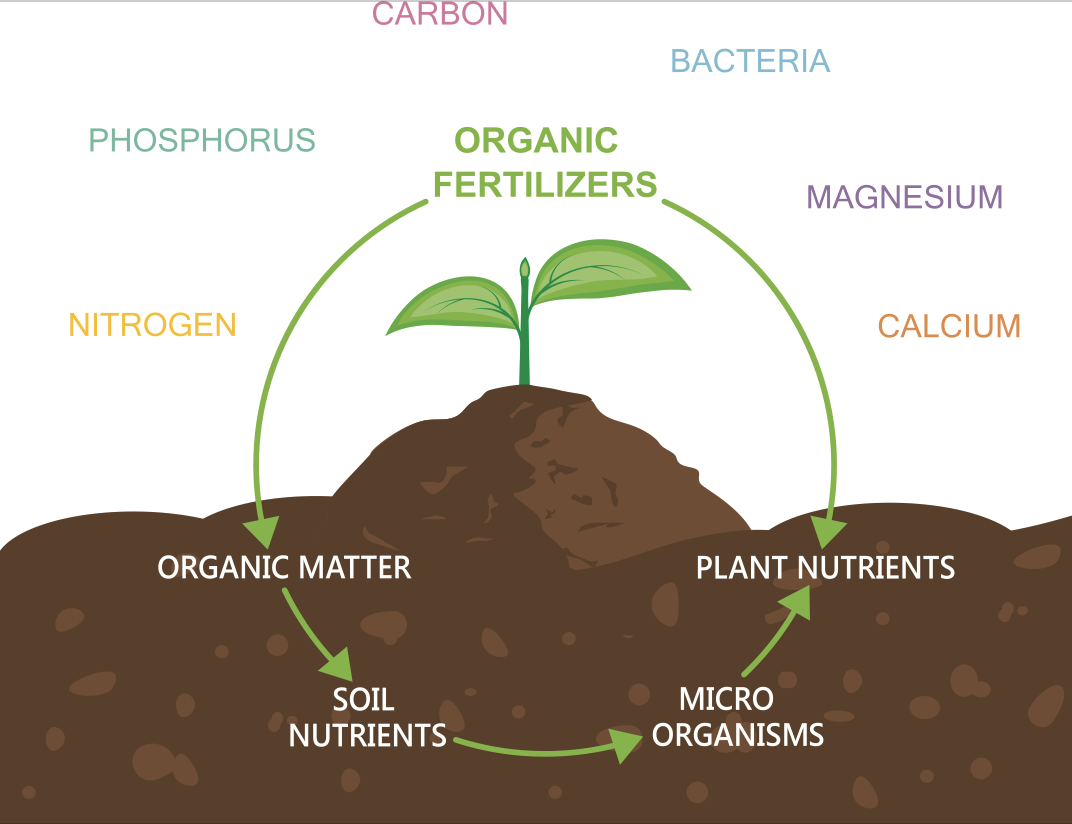 Bio-based fertilisers have less CO2 emissions and use solutions from nature.

The UK-based Website Carbon Brief that covers developments in climate science, climate and energy policy writes about fertiliser reliance and climate change. It says that the “global production of fertilisers is responsible for around 1.4% of annual CO2 emissions”.

For sustainable fertiliser development, reducing reliance on imported raw materials that are highly processed and have travelled far is a requirement that underlies all Life Cycle Assessment (LCA) studies. Finding new, sustainable processes and ways to acquire and utilize nitrogen (N), phosphate (P) and potassium (K) will facilitate the so-called green fertiliser transition.

In all of this, it is also worth remembering that fossil fuels in the form of micro-plastics and other fossil-based residues remain in the environment for centuries. A major part of pollution originates from the use of agrochemicals, like fertilisers and pesticides, that are produced utilising oil-based materials.

So, is there a way out of contaminating the environment as well as the food chain that contains millions of micro-plastic particles which we consume and expel ourselves? 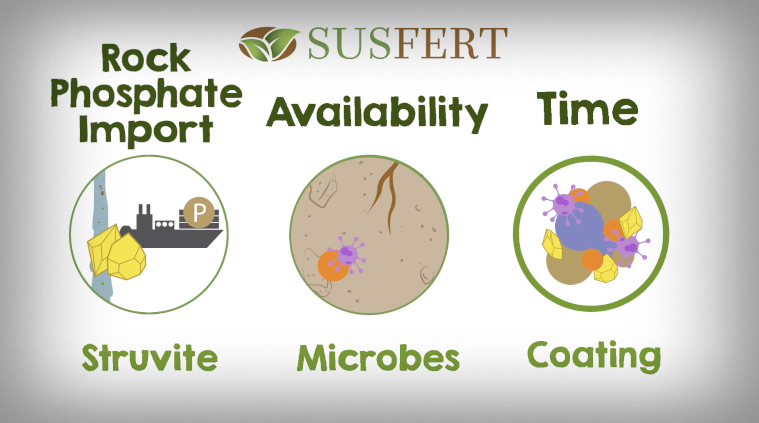 SUSFERT is examining many ways to further the development of sustainable, bio-based NPK fertilisers. The project has been funded to find ways to substitute phosphate rock imports into Europe by sourcing local, renewable sources of phosphate, as well as developing intelligent solutions from nature so that plants can take-up existing phosphate supplies from soil.

There are multiple ways that alternative fertilisers can be developed, including changing their release properties, which can be seen in the infographic above. Examples of sustainable fertiliser development on SUSFERT are to use: struvite as a substitute for phosphate; natural plasticisers to avert micro-plastic pollution; wood-based coatings from lignosulphonates coupled with enzyme technologies; and intelligent solutions from nature, like soil micro-organisms, biostimulants and probiotics to help plants take up nutrients, including iron.

Recently, the European Commision’s Joint Research Centre called the next generation of sustainable fertilisers a “win-win solution” in its science for policy brief which examines the carbon footprint of bio-based NPK fertilisers.

Our newsletter will begin by looking at the growing trend in the demand for organic fertilisers; issues affecting fertiliser development and prices, including the risks associated with imported fertiliser feedstocks and the farming community they deliver to.

We invite you to sign-up HERE for project news.

Finally, it may be of interest to know that fellow Horizon2020/BBI-JU project Biovexo is developing bio-based pesticides to combat the Xylella fastidiosa, a bacterial pathogen that is killing Southern Europe’s olive trees and almond orchids. Currently, there are no organic pesticides on the market to deal with this pathogen.