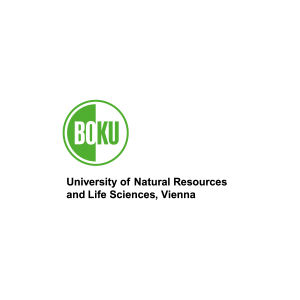 BOKU Wien comprises 15 departments and four service centers in Vienna as well as a number of experimental centers inthe surroundings of Vienna. The Department of Agrobiotechnology (IFA Tulln) was founded in 1994 as a joint venture research institute of three major Austrian universities and became a department at BOKU in 2004. The mission of the department is to conduct interdisciplinary research in the field of agro-biotechnology with particular emphasis on resources, molecuar genetics, quality of food and agricultural products, waste management and ecotoxicology.

On the one hand an important focus is the exploitation of the metabolism to safeguard the quality of life and preserve natural resources. On the other hand, the best possible utilization of existing resources by establishment of sustainable material cycles is the central aim of research conducted. Moreover, enzymes are exploited a powerful biocatalysts for (bio)material processing, in recycling applications and in bioenergy production.

In Work Package “Coating” (WP2) the BOKU-IFA team will be responsible for synthesizing lignin based coatings together with Sappi for fertilisers and probiotics, leading two tasks. Moreover, BOKU is leader on field trials in Work Package “Field Trials” (WP5), managing the overall trial setup, running several field trials and managing and analysing data gathered from the field trials.

The research team at BOKU Wien IFA Tulln is:

Renate Weiß is a PHD student at IFA Tulln and has experience in enzyme production and application as well as in microbiological methods and experimental design. She will supervise the experiments for the synthesis of lignin coatings.

Guebitz, Georg M. Austrian Biotechnologist, grad. 1993 and Ph.D. 1996 Graz University of Technology. He has spent one year in Central America investigating upgrading of byproducts from oil seed plant processing. As an Erwin-Schroedinger Fellow, he developed enzyme based strategies for lignocellulose processing at Univ. British Columbia, Canada from 1996 – 98. This work demonstrated the potential of enzymes to replace toxic chemicals and to lower energy consumption in polymer processing thereby reducing the negative environmental impact.

Back at Technical University of Graz (Austria) and since 2013 as a full professor at University of Natural Resources and Life Sciences, Vienna, and head of the Department of Agrobiotechnology he created a large network in enzyme based polymer processing. He participated in 27 European projects and coordinated 11 out of which. His achievements in the development of environmentally friendly processes resulted in various awards, 15 patents and 340 peer reviewed publications.